ETH is a popular choice for GPU miners. The Ethash algorithm is just one of the algorithms that have been designed for improved mining with GPUs. Basically, a GPU is a good choice for mining all types of coin that are GPU-mineable. The type of Ethereum rig you use to mine coin will have a major impact on your mining success.

If you’re new to mining, then there are a few things you should know. Proof of stake is just on the horizon. ETH plans on switching to a POS scheme called Casper. Currently, this switch has been delayed, but it’s still reasonable to expect it around the end of the year. After that, ETH mining will no longer be possible, unless of course some type of hybrid POS or POW model is implemented. If that’s the case, then the miner rewards will still be reduced significantly, with half of all the new coin rewards going to the holders.

When you’re mining ETH, sufficient VRAM is a must. ETH mining currently requires users to have a GPU with the minimum of three gigs of VRAM.  This requirement is also expected to grow to four gigs later in the year. The DAG file is stored in VRAM, via the miner. The DAG grows by remaining balanced with the mining difficulty. Once every thirty thousand blocks, a new DAG will be generated. The new DAG must then be downloaded in order to be able to continue mining.

Keep in mind that older card performance tends to degrade with every new block.

Mining demand is what increases the cost of top GPUs and manufacturers continue to struggle to meet miner demands. This struggle results in a shortage of certain cards, in addition to a spike in price. Over time, supply is able to rise and meet this demand, but with the recent spike in ETH prices, it continues to result in a shortage of cards and higher prices.

Back in the day, AMD cards were the top choice for mining in terms of performance, but these days Nvidia cards are able to exceed AMD card performance. While AMD cards are often cheaper and offer more support, Nvidia cards provide better than average overclocking support.

Nvidia cards are locked to certain configurations while AMD cards allow for improved customization. Bottom line, if you’re going to build your own rig, instead of using an AMD card like you did with your older rig, give your new rig an update and try out the more powerful Nvidia card. We recommend the NVIDIA Quadro P4000 as our top choice.

You can also check out the XFX Radeon Rx Vega 56 8GB 3xDP HDMI graphic card for your mining setup. It’s the latest model from AMD, and it’s said to dominate mining. In fact, it’s able to mine ETH at thirty-three MH-S using just two hundred watts. If you have experience and know what you’re doing, you can try a little tweaking, and get a high hash rate of forty-one MH-s and you’ll end up using less than two hundred watts. As you can see, this is one powerful GPU. But because these cards are flying off the shelves you can expect to pay a higher than average price, making this model even more expensive than the top Nvidia GPU. 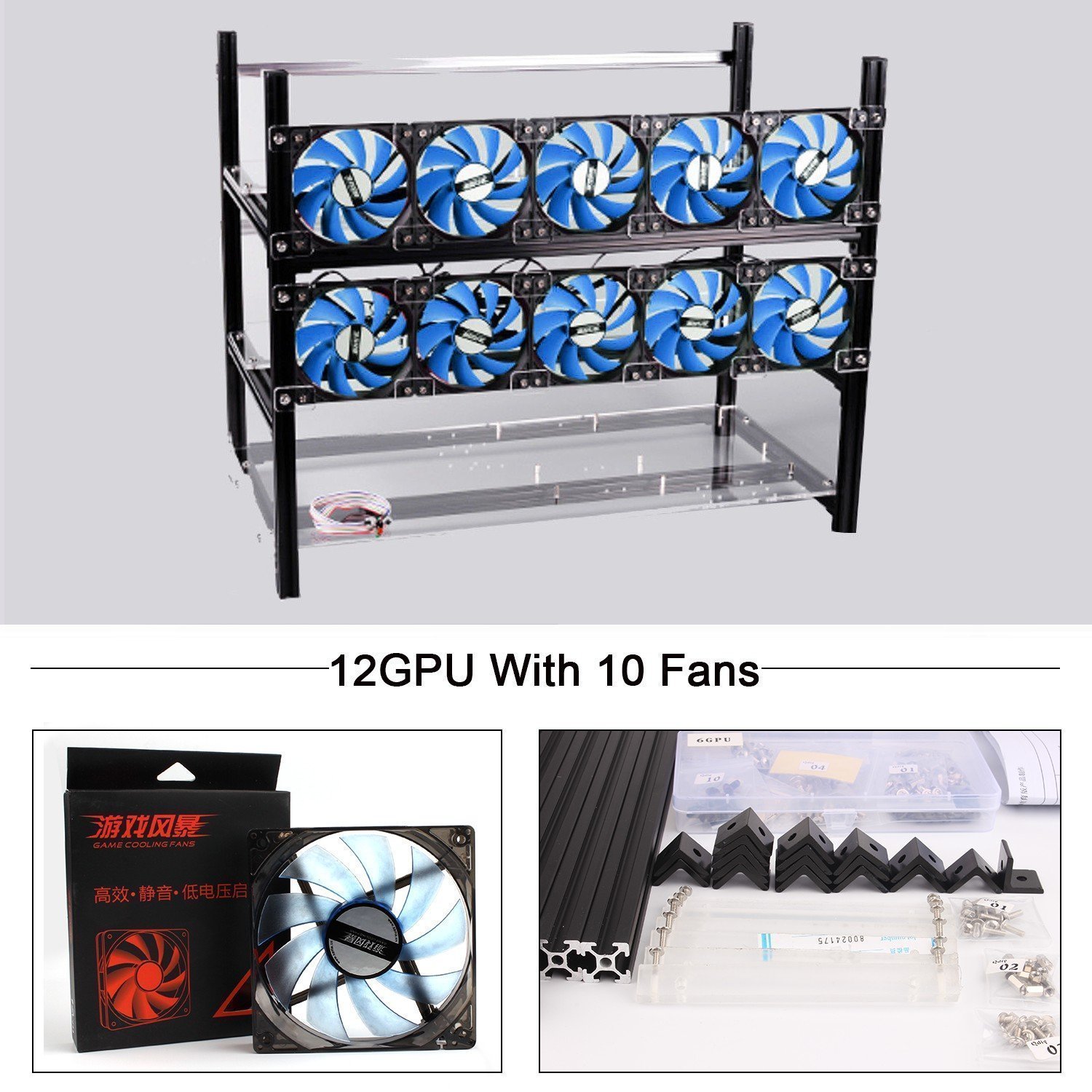 Pro miners often prefer to build their own rigs using top of the line components, giving their setup much-needed customization in terms of the GPU used, power supply, cooling system, and overall functionality.

The rig frame you choose really matters. While the amateur can get away with a small, compact rig frame that’s equipped with a small fan, if you’re looking for a solid, pro setup, we recommend the following rig frame setup:

Mining with a PC 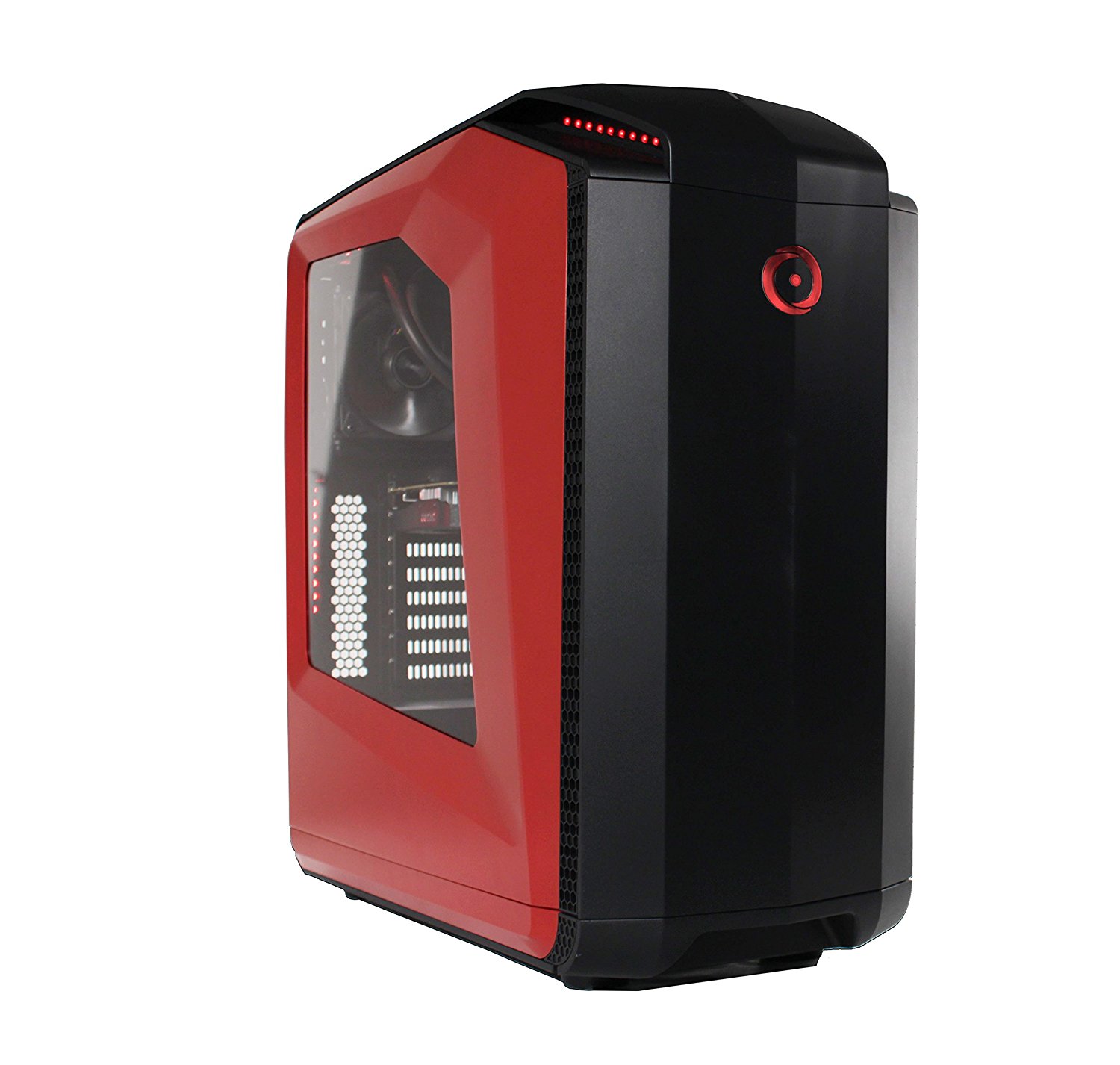 There’s a constant demand for the best mining GPU, which is why it can be almost impossible to get your hands on a good graphics card, not to mention unbelievably expensive. Because of this, it’s actually more affordable to purchase a new mining PC than it is to buy a new GPU.

Additionally, buying a mining PC is also a great choice if you don’t want to deal with building your own mining rig. Instead, you’ll get a ready-made desktop that will allow you to instantly start mining ETH. Many pro miners believe that the best PC to use for Ethereum mining is the Origin PC MILLENNIUM RED I5 6402P 1050TI 8GB LC Tower Desktop.

If you’re not on a tight budget, then the Origin Millenium is a great choice and is considered the ultimate mining desktop, mainly because it comes equipped with some serious power including the i7 6950X processor, which provides miners with an excellent base. It’s fast, powerful, and can handle the heat. It’s also the leading choice many solo miners recommend.

PC mining won’t bring in the type of Ethereum that a GPU rig can, but it can be a more affordable option if you’re on a tight budget. But if you’re a full-time investor and miner, then forking over the cash for a pro setup is a must.

Keep in mind that there are other cryptocurrency coins that you can mine, aside from ETH. If you don’t know much about the other leading coins on the market, then read our article on the top altcoins.

If you’d like to learn more about the best cryptocurrency exchange, take a look at our article on 1broker.